About Us & Our Team

Kerr Properties was founded in 1981 with the intent to become a provider of world-class service in the property management business. Our innovative business model integrates the customer service and management disciplines of the institutional property management industry at a local level. This unique approach and our commitment to hiring the very best professionals have resulted in strong business growth and our long-lasting tenure in the area, making us one of the most respected and trusted local property management companies.

Because our business model focuses solely on the management of our rental properties, we’re able to concentrate our efforts to maintain a constant presence in local markets, creating value in all phases of the owner's management cycle. We have the same financial sophistication, institutional quality reporting and leading edge property management technology as many of the nation's largest property management companies, but our smaller size and local market expertise means that we can provide better service and be more responsive to both our residents and our clients.

Our dedication to redefining excellence in renting means we’re constantly exploring innovative ideas and pioneering new ways to serve our residents and clients. Please call us to find out how we can help you achieve your goals: (503) 666-0922 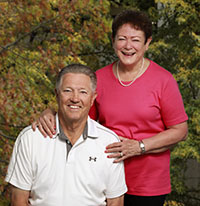 It all began in 1970 when Tom got his Real Estate license and started listing and selling properties and in 1977 Tom studied for and got his Broker’s license.

There came a time when some of Tom’s clients were in a quandary as to whether or not to sell their properties or rent them out but didn’t want the hassle of handling them on their own. Sheryl had been ‘managing’ a couple of her and Tom’s investments so Tom offered to have Sheryl take care of clients’ properties in the event they decided not to sell.

In 1978 Sheryl took the job of overseeing 3 different properties for some of Tom’s clients which included cleaning (and with the help of her father, painting the interiors), showing, obtaining Applications to rent the properties, screening and preparing the necessary final paperwork (all without the help of a computer). When an application was approved Sheryl met with the approved applicants at the property for the final walk through and obtaining move in funds. This was all done free of charge until things started snowballing and more properties were being added which was more work than Sheryl could handle on her own.

During this time Tom continued to list and sell Real Estate for a Real Estate company but soon decided it was time to form a property management company which was named Kerr Residential Property Management, Inc. and office was set up in a 10’ x 10’ room in their basement.

Sheryl continued to work on her own for a short time after the company was formed but it soon came apparent that she needed more help so Tom transferred his license to Kerr Residential Property Management, Inc. and Tom began showing properties to prospective tenants while Sheryl continued on with processing paperwork, etc. and the bookkeeping.

The company outgrew the basement office in approximately 1980 a ‘real’ office space was leased on NE 181st and Flanders and the staff grew from 2 people to 4 people.

In 1986 Tom and Sheryl had the company name shortened to Kerr Properties, Inc. and about that time they were also able to purchase the building (after much remodeling and meeting code requirements with City of Gresham and City of Portland) where Kerr Properties, Inc. is currently located on SE 181st and Pine St.

As the business grew so did the staff as at one point Kerr Properties, Inc. was managing close to 600 doors.

Sheryl studied for and got her Property Manager’s license in the mid 1990’s.

Tom retired in 2008 and Kerr Properties, Inc. was sold to Tom and Sheryl’s son, W. Sean Kerr, in 2012 where Sheryl remained as Secretary/Property Manager until her retirement March 31, 2017. 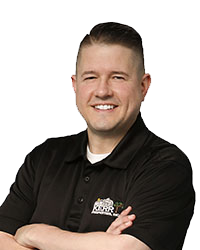 Sean obtained his Property Managers license in 1998 and from that point started to learn the inner workings of the business.

In 2004 Sean became an active member of the Greater Portland chapter of NARPM (National Association of Residential Property Managers) and in 2007 began working at the National level on the Communications Committee and at that time began running Kerr Properties, Inc. with the help of his father, Tom. Around April of 2008 Tom retired and Sean officially took the reigns as the head of Kerr Properties, Inc.

In 2012 Sean officially purchased Kerr Properties, Inc. from his parents and currently leads a team of five full time employees and one part time employee. 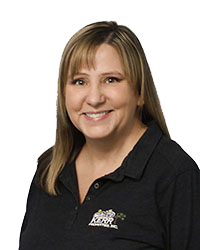 Niki started with Kerr Properties, Inc. in September of 2014 as their Office Manager and Human Resources person. Niki also handles all of the bookkeeping for Kerr Properties, Inc. and is a current Support Staff member of NARPM (National Association of Residential Property Managers). She also ensures the office is holding excellent customer service and high standard practices. In total, Niki has over 20 years Operational/Human Resources and accounting experience. 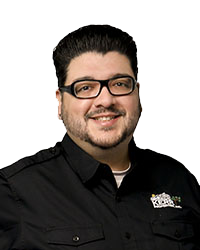 Since moving from Ontario, California to Portland, Oregon, he has obtained his Oregon Property Management License. He currently works for Kerr Properties, Inc. as Turnover Specialist specializing in the turnover of properties ranging from residential, multi-family and mixed use. 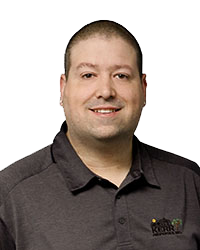 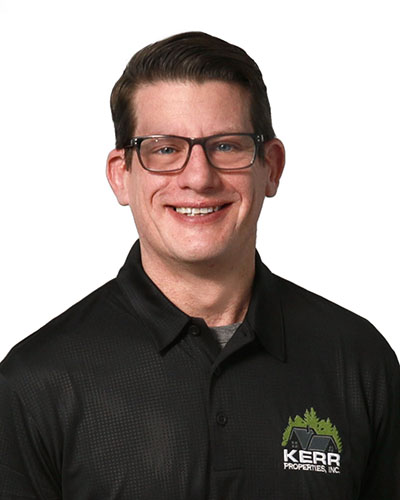 Mason's began working as a field representative at Kerr Properties, Inc. in January of 2019; before this his background is relatively varied.

Mason obtained his BS in communication / broadcasting in 1999. From there Mason moved back to Portland and got a a job at Nortel Networks as a field technician. His main function in this position was as part of a team that installed and configured the telecommunication equipment in cell towers. After this job he worked for a dairy for a few years as an order puller and delivery driver; then he went on to work at the IT helpdesk for a local title / escrow company, helping co-workers and clients with their computer issues. He later worked at Integra telecom for five years as a service rep in the repair department, helping to ensure that his customers received the best product (internet speeds) possible. Since Integra, Mason has worked as a Job Coach for young people with cognitive, behavioral and physical challenges as well as a PC Imaging Technician for a local healthcare facility and he's even done some work in construction as well as worked in a metal shop.

Mason is a doting father to his six year old son and an auto enthusiast with a focus on Volvos. 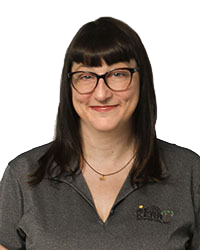 As a Portland native I understand how beautiful this city is and it's appeal to others as well.   At Kerr Properties, it is my goal to help you find your home here. Prior to working at Kerr, I worked at Safeway as a checker where I met a lot of people in this area and also as a legal assistant for attorneys in downtown Portland. For the last year, my job has been to answer any questions you may have and help guide you through the application process as smoothly and quickly as possible. Portland is a great city so get out there and explore it!